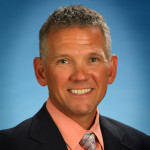 Dr. Lee S. Peplinski is a graduate of Ferris State University College of Optometry, having received highest honors. He received his post-graduate training at the Bascom Palmer Eye Institute in Miami, Florida. Dr. Peplinski joined Bennett & Bloom Eye Centers as a consultative optometrist in 1992, specializing in medical management of eye disorders, including glaucoma,dry-eyes and pre- and post-operative care. He is Director of the Residency and Externship programs at BBEC.

Dr. Peplinski is a past-president of the Kentucky Optometric Association (KOA) from2002-03. In 2015 he was honored as the KOA’s Clifford Leadingham Service Award recipient. He has also been recognized as the 1995 Young Optometrist of the Year and received the 1997 President’s Award. He is the Optometric representative for the Kentucky Medicare Carrier Advisory Committee, and was a charter member of the Kentucky Medicaid Region 3 Council Board of Trustees. Dr. Peplinski is active in both Frankfort and Washington DC as a voice to help shape healthcare policy.

Dr. Peplinski has been published in national optometric journals and has lectured throughout the country at various state, regional and national meetings. He has designed and patented a device to aid in the dispensing of eye drops. Since 2011 Dr. Peplinski has led teams of students and doctors with the Fellowship of Christian Optometry on eye care mission trips to Belize.