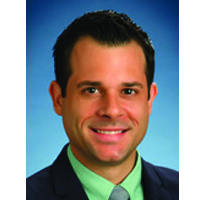 Dr. Andrew Steele, a Kentucky native, joined Bennett & Bloom Eye Centers as a consultative optometrist in 2016. He graduated with honors from The Ohio State University College of Optometry after earning a degree from Western Kentucky University in Human Biology and Nutritional Chemistry. He completed ocular disease training with the Chalmers O. Wylie VA Medical Center, The Havener Eye Institute at The Ohio State University Department of Ophthalmology and The Eye Specialists of Ohio.

Dr. Steele has been consistently recognized for his clinical and academic performance. These distinctions include the American Optometric Foundation Practice Excellence and Beta Sigma Kappa honors. He was also named Outstanding Clinician of the Year for his work with the visually impaired at The Ohio State University.

Additionally, Dr. Steele has held leadership roles both at his university and nationally. He served on the Board of Trustees for the American Optometric Student Association and was designated Trustee of the Year by his fellow board members. Later, he was selected to serve as the national liaison for the American Optometric Association Political Action Committee. For his noteworthy achievements, The Ohio State University Board of Trustees presented him with special recognition, awarded to only one student from the college every two years. He further achieved the highest ranking for his academic performance and leadership in his graduating class and was subsequently named President of Ohio State’s Gold Key International Optometric Honor Society.