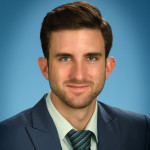 Dr. Ian W. McWherter, a consultative optometrist, graduated from the Pennsylvania College of Optometry at Salus Universityin Philadelphia, PA with highest honors in May 2012. Dr. McWherter completed rotations at Veterans’ hospitals in Charleston, SC and Muskogee, OK, as well as private practices in Fairfax, VA and Savannah, GA. In 2012, Dr. McWherter was accepted to the Bennett & Bloom Eye Centers Optometric Residency program. Upon completion of his residency, Dr. McWherter practiced optometry in the Kentuckiana area.

Among his many academic honors and achievements, Dr. McWherter was named “Best in Class 2012” by “Vision Monday”, an optometric journal, for being a top student at the Pennsylvania College of Optometry. Additionally, he has been actively involved in many volunteer and charitable organizations, including the Lions Club and serving as the student member to the Board of Trustees at his university. In 2011, Dr. McWherter won first place in the Varilux Optometry Student Bowl in Salt Lake City, Utah – an academic challenge against students from other optometry schools across the country.

Upon acceptance into the Bennett & Bloom Eye Centers optometric residency program, Dr. McWherter received the Optometric Residency Matching Service’s Scholarship for obtaining one of the top four scores on the National Optometry Boards in his year’s residency class. He has also received several other awards including the Alumni Association Award, membership in the Gold Key International Optometric Honor Society, the Clinical Excellence Citation, and the Beta Sigma Kappa Award.